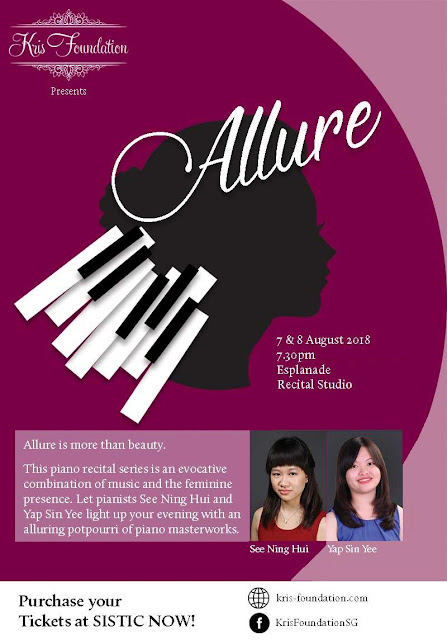 An edited version of this review was published in The Straits Times on 15 August 2018 with the title "Different moods from a trio of pianists".

It seems an astonishing fact that all of this summer's solo piano recitals featuring local pianists were given by young women. This should come as no big surprise since some of history's great pianists were from the fairer gender. The names of Clara Schumann, Wanda Landowska, Myra Hess and Martha Argerich all come to mind. The piano playing scene here should be no different. 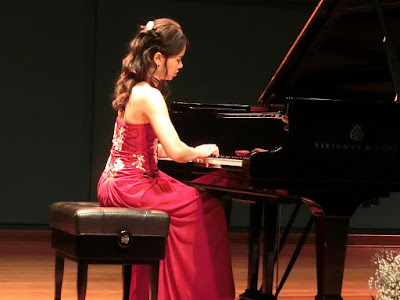 The two recitals held on Tuesday and Wednesday were part of Allure, a mini-piano festival presented by the Kris Foundation. London-based Singaporean See Ning Hui displayed a mastery of six composers of different eras and styles. She opened with a slick account of Chopin's Second Scherzo, revealing a pearly tone with sharp contours smoothened over. Two Scarlatti Sonatas keenly contrasted staccato with legato playing, polar opposites of sound production and projection. 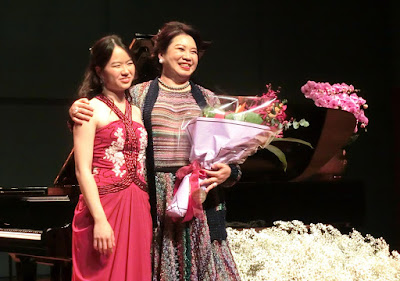 While her advocacy of living composers, Korean Unsuk Chin (Etude No.6 “Grains”) and Briton Thomas Ades (Darknesse Visible), was spirited and admirable, it was See's juxtaposition of Sonatas by husband-and-wife Robert and Clara Schumann which sealed the deal. Both cast in G minor, Clara's salon-like charm and Robert's blistering passion were the toast of the evening's offerings. 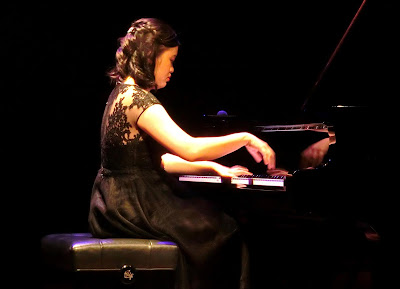 Boston-based Malaysian pianist Yap Sin Yee was the 1st prizewinner in the 2013 National Piano Competition while at the Yong Siew Toh Conservatory. Her programme was entirely Romantic, beginning with Debussy's Etude No.11 as a cystalline icebreaker. Then followed a chronological history of the sonata form.

Beethoven's late Sonata No.30 in E major (Op.109) revelled in abrupt changes in dynamics and mood with the central movement's outburst as a focal point. The Theme and Variations of the final movement were beautifully shaped, with the noble return of its lovely sarabande subject. 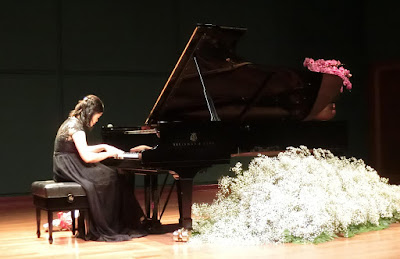 Robert Schumann's three-movement Fantasy in C major (Op.17) was a statement of love which received a most passionate response. Bliss turned to orgasmic ecstasy for Scriabin's Fifth Sonata, where wrong and missed notes were a small price to pay for going for broke. Here, 's audacity totally trumped timidity. 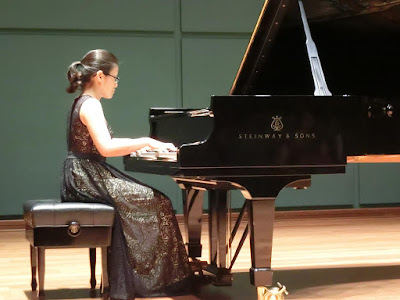 Clarisse Teo was a graduate in law before deciding to pursue music full-time at the Royal Conservatoire of Scotland in . Her recital on Sunday consisted wholly of rarities, works unlikely to be heard at a conventional concert. Like Catalan composer Federico Mompou's Variations On A Theme By Chopin, a flight of fantasy on the Pole's famous A major Prelude. Or Russian Nikolai Medtner's Three Pieces Op.31, which included a set of variations, funeral march and fairy tale. 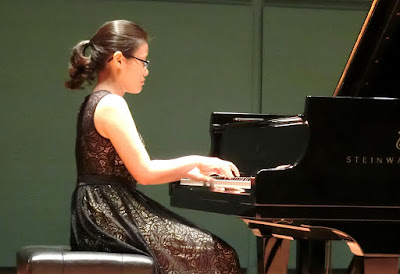 For these, Frenchman Vincent D'Indy's Theme Varie, Fugue Et Chanson and Soviet composer Anatoly Alexandrov's psychedelic Fourth Sonata, she displayed utter confidence and a fearless disregard for their technical complexities, while making this arcane music sound totally fresh and natural. Whoever thought that 's answer to the Canadian Marc-André Hamelin, widely regarded as the world's most prodigious pianist, would be wearing a skirt? 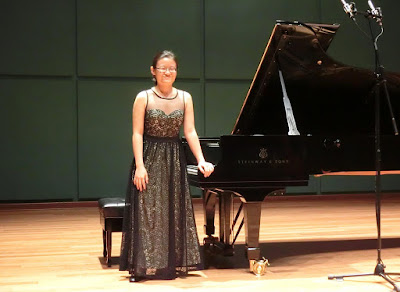