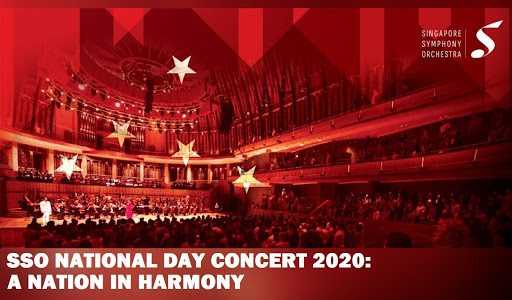 A NATION IN HARMONY

This review was published in The Straits Times on 18 August 2020  with the title "Joyous showcase of local music canon".

Over the last three years, the Singapore Symphony Orchestra’s National Day Concerts have become proud showcases of works by Singaporean and locally-based composers. This year’s offerings, conducted by Darrell Ang, included four new works. Three were by young composers who by their ages would be known as millennials. Never in Singapore’s 55-year history has there been such a glut of composing talent. 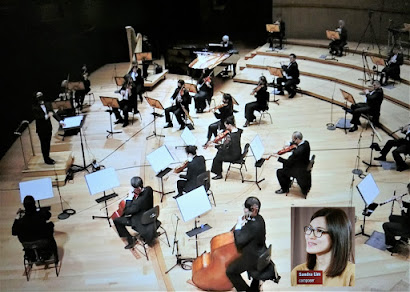 The concert began with New Beginnings by Sandra Lim  (born 1991), a slickly orchestrated fantasy on two popular songs, Di Tanjong Katong and Singapura. Resembling the scores of Hollywood epics à la John Williams, motifs of both songs were wittily bandied about but never heard in full. As per social distancing requirements, the orchestra was chamber-sized, with musicians widely separated on the Esplanade Concert Hall stage, and all masked-up (wind players excepted) which is for now standard concert attire. 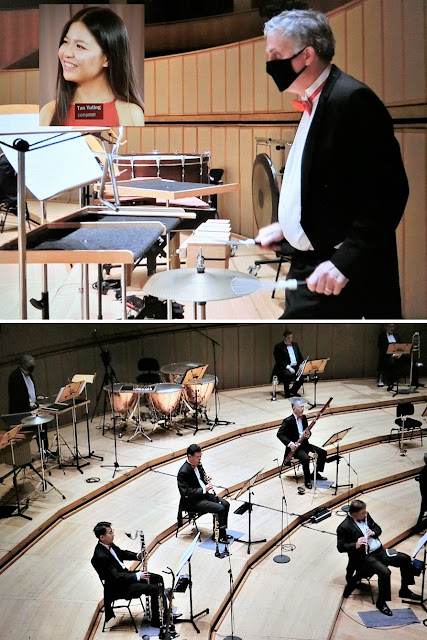 More modern and ominous in feel was Metro by Tan Yuting (born 1993), a portrayal of urban hyperactivity, perhaps not of Singapore’s pristine streets, but somewhere far less secure or savoury. Over an ostinato beat established by Jonathan Fox on hi-hat cymbals, a quasi-minimalist scenario unfolded with Stravinskyan economy but always poised on a razor’s edge. As if violence might erupt at any moment, this seemed a portent of the uncertain times we live in. 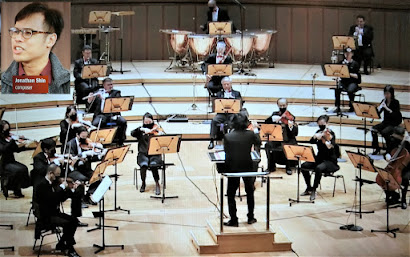 Exuberant would aptly describe City Arising by Jonathan Shin (born 1992), a bustling morning scene as the nation awakes to another fraught and frenetic day. Even the ear-piercing call of the koel is quoted, heard on Ma Yue’s solo clarinet, and the ensuing hubbub is a good-natured and comically optimistic one, recalling socialist-realist overtures of Shostakovich and Kabalevsky. 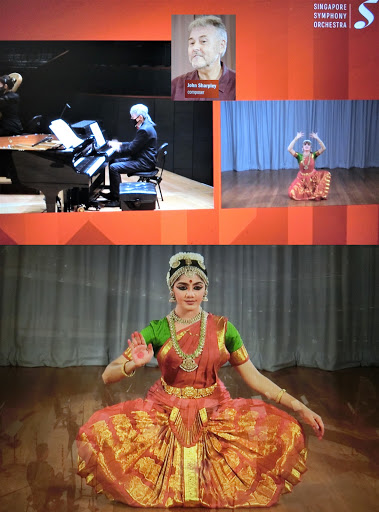 The Texan John Sharpley (born 1955), resident here since the mid-1980s, is the sole boomer among  young upstarts. His chamber opera Kannagi (2009), based on the Tamil saga Silapathikaram (The Anklet) has now become part of the Singapore opera canon.

Brahman: Kannagi’s Realization, the penultimate section of the opera, is a sequence building up to a grand climax. Anticipation and expectancy is driven to seemingly insurmountable levels, heightened by Shane Thio’s runs on the celesta. This intoxicating music accompanied Bharatanayam dancer Kshirja Govind’s entrancing movements playing the eponymous heroine-turned-goddess. 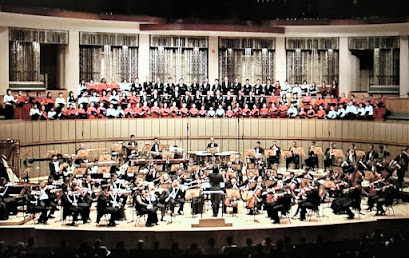 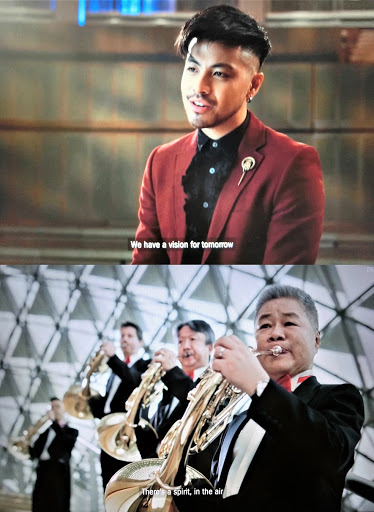 After the serious stuff, Dick Lee’s Home (orchestrated by Kelly Tang) provided some levity in a video from the 2018 National Day Concert featuring the Singapore Symphony Choruses. National Day Parade favourite Count On Me, Singapore by the Canadian Hugh Harrison (whose other hit song was Stand Up For Singapore) was sung jazz-styled by Benjamin Kheng in a super slick commercially produced video that also recounted landmarks in SSO’s history. 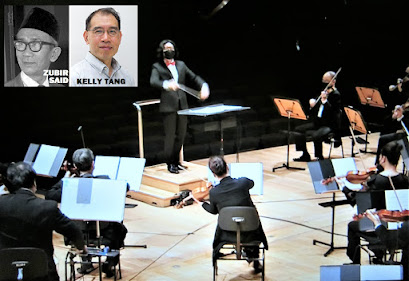 Finally, it was left to Zubir Said’s national anthem Majulah Singapura (in Tang’s 2020 reorchestration for chamber forces) to do the honours. So what is Singapore music? A fuller picture emerges with each and every National Day concert, so long may this continue. 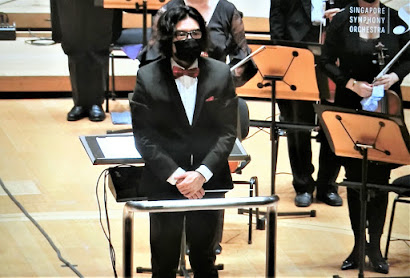