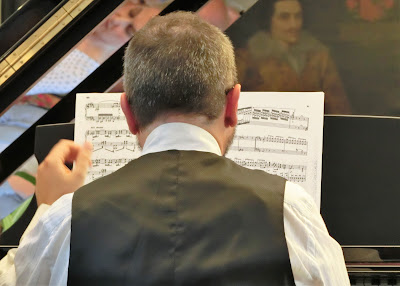 If the name Roberto Piana sounds familiar, that is because some of his excellent piano transcriptions (of Edith Piaf songs and Astor Piazzolla tangos) have previously been performed in Husum by his good friend Antonio Pompa-Baldi. We heard some of these today, part of a rather diverse Italianate and Mediterranean programme. Giulio Ricordi is better known as a publisher (the firm which had Verdi, Puccini and other opera composers on its books), but as a composer, his Romance Poudrée (Powdery Romance) is a little gem, a song-like serenade in D major which opened the evening.

Stefano Golinelli is a totally new name for me, with three movements from his Ricordanza di un tempo che fu (Remembrance of a Time There Was) being a combination lyricism and outright virtuosic display. This made a good companion for Piana’s own Hommage a Turina, which is just as hot-blooded that the Latino temperament can get. Amid the fiery Iberian rhythms, melodrama of pathos and tragedy, there was even time for a fugue! There were also short pieces by Pergolesi (transcribed by Rafael Joseffy), Reynaldo Hahn and Alberto Nepomuceno, all very pleasant. However, time could have been spared by omitting Ignaz Moscheles’ Fantaisie a la Paganini, possibly the worst piece of the entire festival. The attempts to translate violin technique to the piano and empty note-spinning made this a truly bathetic display despite Piana’s earnest pleadings.

There were seven Astor Piazzolla tangos to close, three originals and four Piana transcriptions. This was easy listening throughout, some of which confirm that the Argentine tango-meister was no one-trick pony but someone who should be taken seriously. Among the transcriptions were Imperial, Milonga del Angel and the ubiquitous Libertango. In the generous spirit of Husum, Piano played five encores, by Rimsky-Korsakov-Siloti (Song of India), Gershwin-Grainger (The Man I Love), Turina, Edith Piaf and Manuel de Falla (Ritual Fire Dance). 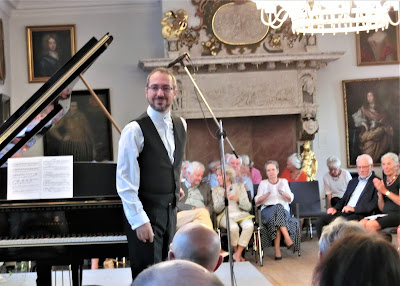 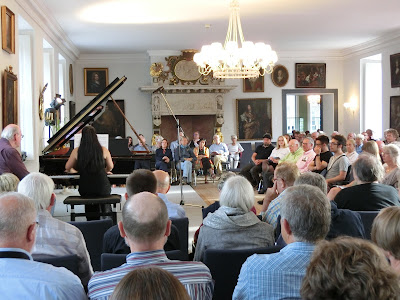 Of the young generation of young Chinese pianists (which includes the likes of Lang Lang and Yuja Wang), the one I have been most wanting to hear is Xiayin Wang. Her recordings on the Chandos and Naxos labels have captivated my attention for years. Up close in person, she may not look as alluring as her glamourous cover photos but her playing is every bit as vivid and gorgeous as her recordings suggest.

Her range of sound and colour on the keyboard is enormous, as evident in her playing of American composer Richard Danielpour’s Bagatelles and Preludes (Book 2) which open and close her recital. The Bagatelles were dedicated to her, and the 11 variegated short pieces were made to sound like sparkling gems. The seven Preludes are longer and alternate from beatific calm to ragtime on steroids (Mean Kat Stride for example, Joplin and Bolcom may both take a seat). I predict these to be on the repertoire of young pianists pretty soon, much like Ligeti, Kapustin and Carl Vine.

In between, Wang played Earl Wild’s Sonata 2000, an attempt of a Golden Age pianist to connect with the new worlds of beat, punk and Latino heat. He does not completely convince these ears, and that had nothing to do with Wang’s scintillating playing, which burnt a track in the madcap finale, called Toccata a la Ricky Martin. Her selections from Granados’ Goyescas – The Maiden and the Nightingale and Requiebros (Flatteries) – were by no means rarities, but her sumptuous readings were a balm to the ears.

Her encores were like chalk and cheese. Zhu Wang Hua’s To Our Glorious Future (and 50 million deaths, that addition is wholly mine) is pure 1949 Chinese realist-socialist claptrap, while Gershwin’s I Got Rhythm was definitely more our cup of tea. She has got to play in Singapore sometime. 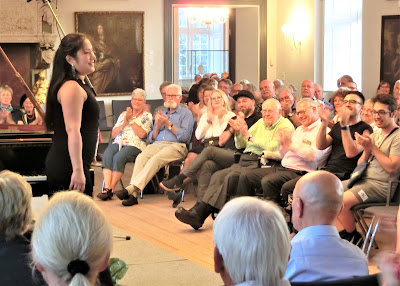 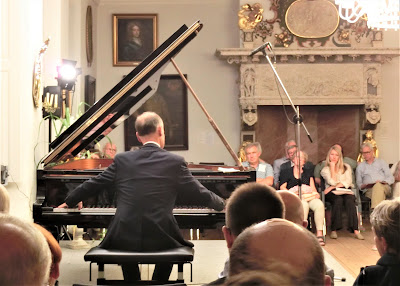 For the first time ever, this festival held a late night concert, something to send listeners to a musical kind of dreamland. No Chopin Nocturnes or Ravel’s Gaspard were heard, but German pianist Christian G. Nagel (a former student of Peter Froundjian) performed an interesting hour-long palindromic recital. Allow me to explain. The concert began with German avantgardeists Dieter Schnebel and Karl-Heinz Stockhausen, followed by a series alternating several versions of Liszt’s Ave Marias with selections from Messiaen’s Vingt Regards sur l’enfant Jesus, before closing with Stockhausen and Schnebel. In short, a programmatic sandwich.

The sounds he generated were varied and interesting, from sharp dissonances to solace-inducing warm tones, and the ever-reassuring clangour of bells. Of much interest was the penultimate Stockhausen piece (Natürliche Dauern No.10) which required the tinkle of small bells attached to the fingers of the right hand. To facilitate that unusual arrangement, Nagel fashioned a glove (a la Glenn Gould) with the bells sewn into the finger apertures. His smokily crafted encore of M-A.Hamelin’s Meditation on Laura (after David Raksin’s movie music) added an extra gloss to the already entrancing evening.

Regretfully, my Husum sojourn comes to an end, one day early. Thus I would miss Danish record company Danacord owner Jesper Buhl’s talk on My Favourite Things and Cyprien Katasris’ recital of Polish music by Stanislaw Moniuzsko and students of Chopin. My wrong. But there had to be a good reason: the Singapore Chinese Orchestra performs this evening at the Berlin Konzerthaus Gendarmenmarkt. That should make another interesting story.

The Rarities of Piano Music at Schloss vor Husum festival for 2021 has been announced! It takes place from 13-21 August 2021, featuring the same cast of pianists who would have performed at the 2020 festival. For more details, check out: piano-festival-husum.com

Be seeing you again in Husum!