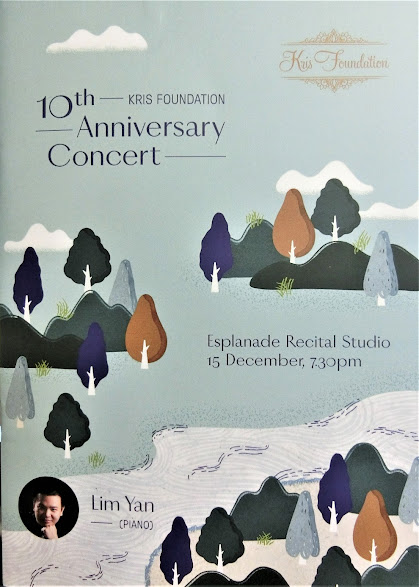 There has not been a public piano recital in Singapore since 14 February, when Korean pianist Kun Woo Paik took to the stage of Victoria Concert Hall. Even the annual Singapore International Piano Festival had to be deferred. Thus it seemed like poetic justice that the festival’s artistic director, Lim Yan, became the first pianist to perform a recital since the lifting of the Covid circuit breaker.

In front of a socially-distanced and masked audience of 50, he offered a sparkling programme of mostly short pieces. The single-movement sonatas of Domenico Scarlatti made perfect starters, and Lim chose three less familiar numbers, all in the key of D major. It takes an imaginative artist to lend them freshness, and he succeeded by varying tonal colour, textures and mood. 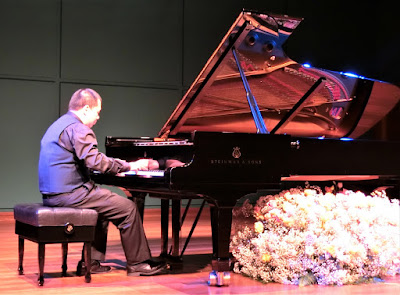 Although originally conceived for harpsichord, feather-light digital brilliance was well translated into more sustained sonorities for the piano. His prodigious repeated note technique in the faster numbers simulated the guitar and castanets, while rapidly shifting chords evoked the pealing of bells.

In between two Scarlattis, Lim sneaked in the three movements of Haydn’s Sonata No.37 in D major. The baroque era merged almost imperceptibly into the classical age, as the Austrian master’s exuberant opening fanfares and grace notes recalled an earlier epoch. Light-hearted chatter and unceasing wit ruled, with only a more sombre slow movement providing contrast. 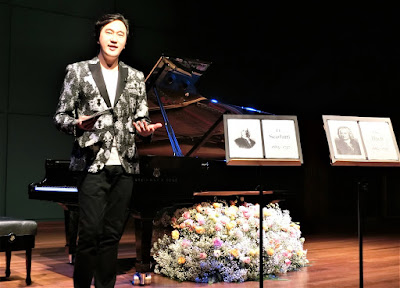 There was no intermission for the recital. In its place was an engaging show-and-tell session which neatly linked the recital’s three composers, hosted by Yang Shuxiang, taking an unexpected academic excursion from his usual persona as violin virtuoso.

The recital concluded with Rachmaninov’s later Op.32 set of Préludes Lim astutely prefaced this with the Russian’s early and infamous C sharp minor Prélude (Op.3 No.2), sometimes called the “Bells of Moscow”, the wisdom of which would be later revealed. What followed was a kaleidoscopic show of the piano’s myriad possibilities in some of the repertoire’s most technically challenging pieces.

Lim’s grasp of the idiom was faultless, conquering the thorny mini masterpieces with an almost nonchalant aplomb, while always attuned to undercurrents of Slavic brooding and melancholy. A reference to the earlier pieces came in the skittish A minor Prélude (No.8), its fleet-fingered figurations and crossing of hands were reminiscent of Scarlatti. 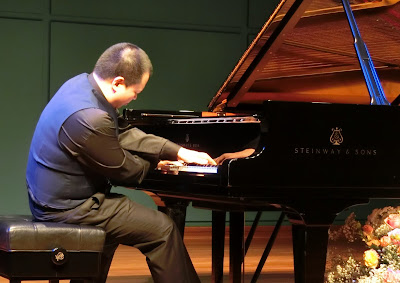 The two preludes better-known to casual listeners, in G major and G sharp minor (Nos.5 and 12), were handled with love and care, their limpid lyricism shining through. The set would reach a climax in the B minor Prélude (No.10), with impassioned passages of chiming carillons which also characterised the lucky No.13. This valedictory piece completed a full circle which began with C sharp minor and closed in D flat major, both enharmonic related keys. Theory aside, these considerations are why a well-planned programme of music sounds so pleasing - and harmonious - to our ears. 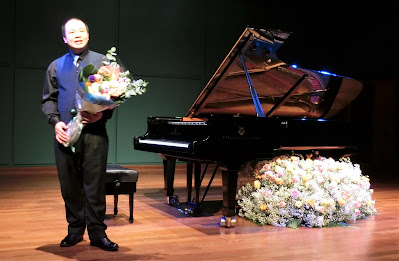 This recital was presented by the Kris Foundation, in celebration of its 10th anniversary supporting the arts in Singapore.
Posted by Chang Tou Liang at 07:00