OF MUSIC AND SOUND

Chinese instrumental music has from time immemorial been associated with programmatic music. The music performed always tells a story, describes a scene or depicts some drama. The notion of absolute music, such as encountered in Western music (symphonies, concertos, sonatas and the like), is a relatively new phenomenon in Chinese music, and this World Premiere by Ding Yi Music Company was to be no exception.

Of Music And Sound, was an hour-long work comprising an introduction and five connected movements. Composed by Composer-in-Residence Phang Kok Jun and augmented with sound engineering/design by Zai Tang, the music followed the course of a single day in the tropics (presumably Singapore), from a nascent dawn to the rising sun of the next day. Unlike previous concept concerts, there were neither projected visuals nor verbal commentary, and the audience was invited to use just their ears and imbibe whatever transpired. 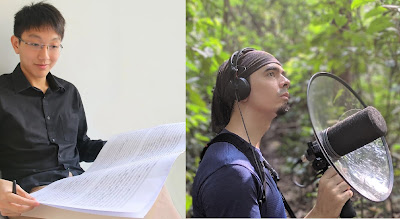 Ambient sounds of nature – exotic birdsong, amphibious croaks, whirring insects - ushered in the Introduction as musicians and conductor Quek Ling Kiong took to their places onstage. Near total darkness gradually gave way to light in the first movement Dawn, which quoted the Chinese song Gao Shan Liu Shui (Mountains and Flowing Water). The erhu sang, followed by sheng, pipa and dizi, as the day awakened. The music is serene and atmospheric, then segueing seamlessly into a more animated second movement Rain, a study on different kinds of precipitation. A storm erupted with suona in full tilt before calm was restored with a big tune. 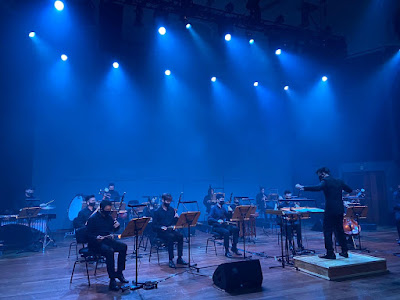 The third and central movement Dusk was a kind of reverse John Cage 4’33”, as the entire orchestra downed instruments and donned eye-shades. This was a mirror of the audience which had already been primed, both masked and “blinded”. For the next few minutes, and in the dimmest of lighting (if one chose to peek), Zai’s vividly recorded soundscapes, collected from MacRitchie Reservoir, Bukit Brown cemetery and the rail corridor, took centrestage. Claustrophobia might have been an outcome if not for the hypnotic effect provided by Nature. So this is what the Gaia sounds like when all homo sapien activity has passed, temporarily or for all eternity.

The fourth movement Night was a scherzo of sorts, alive and buzzing with energy. Its exuberance almost suggested some of the land’s more risque nightspots, Geylang anybody? Darkness descended again, as sure as night followed day. But there was no silence, a solo erhu’s lament punctured the air before a New Dawn, the finale arrived. There was another big melody, an apotheosis, before the sound melted away. So did the musicians, as the ranks depopulated like in Haydn’s Farewell Symphony, leaving only Yvonne Tay and her guzheng the sole presence on stage. 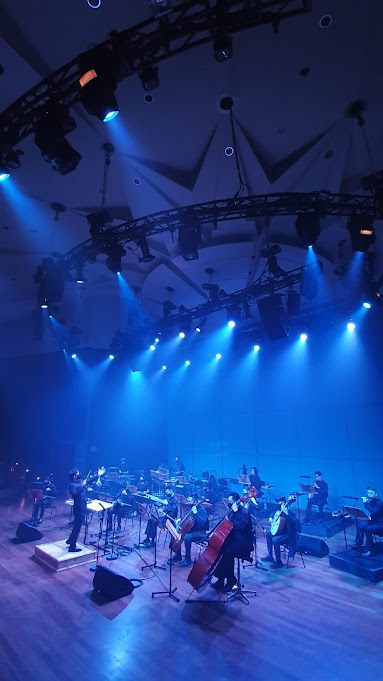 In On Music and Sound, young Singaporean composer Phang Kok Jun had created his own personal version of the Pastoral Symphony. Given that this month marks the 250th anniversary of Beethoven’s birth (16 December to be precise), this act of homage could not have been more apt. 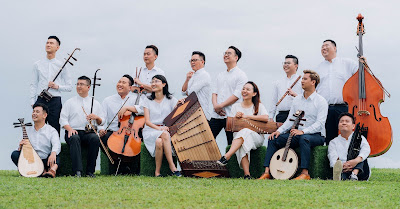