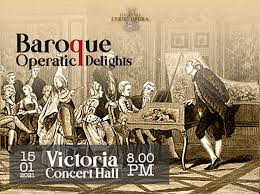 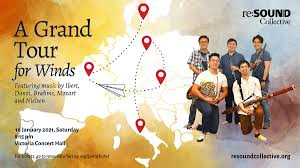 A GRAND TOUR FOR WINDS

This review was published in The Straits Times on 20 January 2021 with the title "Young performers shine in two classical concerts".

As the Covid circuit breaker is gradually lifted, local arts groups have been gearing up for live performances. One might not have guessed that last weekend, Victoria Concert Hall was filled with the sound of music for two consecutive evenings for the first time in months. 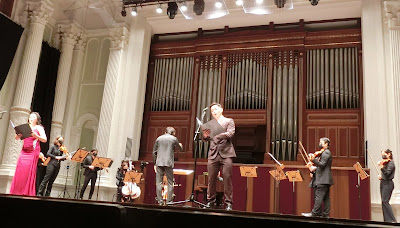 What a pleasure it was to witness live vocal music again, with the Singapore Lyric Opera (SLO) in a rare foray into baroque repertoire. Arias from five of Georg Friderick Handel’s operas and one oratorio (with no Messiah within earshot) were thrillingly delivered by two exciting young voices, soprano Joyce Lee Tung and baritone Alvin Tan.

Together in the celebratory duet Caro! Bella! Piu Amabile Belta (Giulio Cesare), the duo still managed to find sparks of chemistry despite the social distance of five metres between them. The 13-member SLO Chamber Orchestra conducted by Joshua Kangming Tan provided keen and responsive accompaniment, besides striking out on their own in the Overture To Alcina and the bustling Arrival Of The Queen Of Sheba from Solomon.

The programme, while not so familiar to general audiences, comprised wind ensemble staples that was both varied and eclectic. After opening cheerfully with Jacques Ibert’s Three Short Pieces, Franz Danzi’s Wind Quintet in D minor provided some sobriety but still raised smiles for the articulate artistry involved. 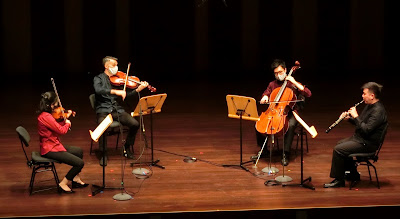 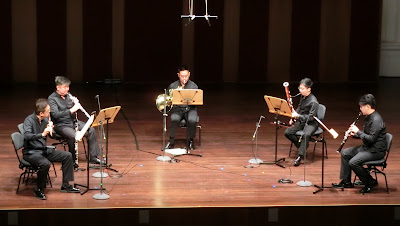 The concert concluded with a rare outing for Carl Nielsen’s quirky Wind Quintet. Its three movements combined spiky themes, piquant harmonies and folk influences that both surprised and delighted. The playing was alert to the music’s unusual twists and and turns, even if the finale’s Theme and Variations came across as somewhat disjointed. Nonetheless, these were two evenings well spent with some of Singapore’s finest young musicians. 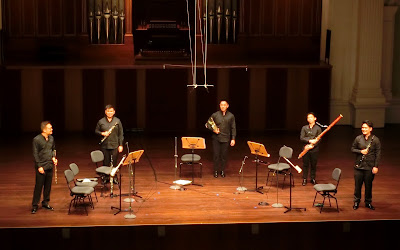