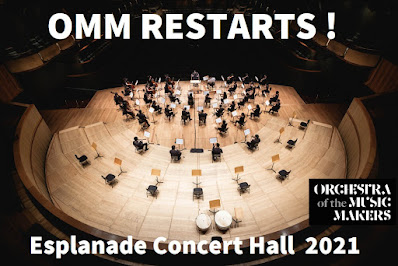 Orchestra of the Music Makers

As Singapore emerges from the Covid-19 circuit breaker, local arts groups have been busy producing concerts, both live and digital for online viewing. The Orchestra of the Music Makers (OMM) has been no exception, with concerts that even rival the Singapore Symphony Orchestra’s for quality of content and delivery.

While one might suggest that youthful OMM is the amateur or junior counterpart of SSO, certain factors suggest that the pro-am divide is much narrower than most imagine. For starters, which orchestra is the first in Singapore to present a Wagner Ring Cycle opera? Alright, that’s somewhat unfair to the SSO. However when one compares like with like, as in the concerts featuring chamber-sized ensembles playing chamber-sized repertoire, there is often little to separate seasoned professionals with the enthusiasm of fresh-faced youth. This recently released concert, conducted by its Music Director, master orchestra-builder Chan Tze Law (once of the SSO), is a good case in point. 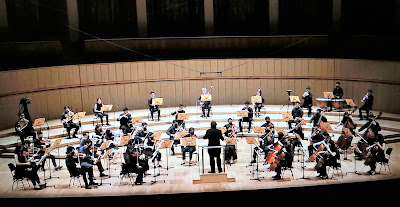 Judging by the crispness and incisive quality of the opening chords for Beethoven’s Overture to The Creatures of Prometheus, this was going to be crackling reading, and one was not disappointed. The strings and woodwinds were also en point, rendering this briefest of Beethoven overtures an excellent curtain raiser. 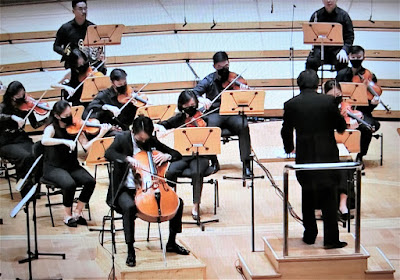 The orchestra also played sensitive accompanist to Australian-Chinese cellist Qin Li-Wei in Haydn’s Cello Concerto in D major, a totally lyrical outing where issues of period performance or authenticity became irrelevant. Rich and wide vibratos from both soloist and orchestral strings are the way to go, and there should be no timidity in bringing out a sumptuous sonority for fear of offending academics or pedants. 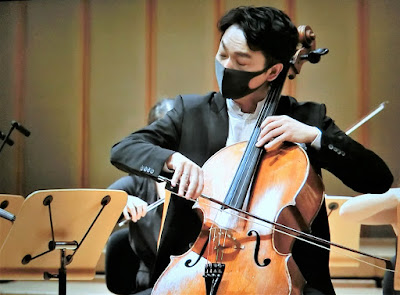 This was a performance of vigour and virtuosity, not least in young Singaporean Jonathan Shin’s  romanticised but idiomatic cadenzas. No harm in stretching Qin’s technique to the limit, and he nailed these with stunning aplomb. The slow movement was one lovely aria, Mozartean in its song-like seamlessness, providing a calming respite before the finale’s romp of fireworks. Again the sheer musicality displayed by both soloist and orchestra were impressive, as one could just wallow in the music’s joie de vivre without worrying too much about technical details. The encore in Brahms’ Hungarian Dance No.5, arranged for cello and orchestra by another young local Lee Jin Jun, was a delicious and welcome tidbit. 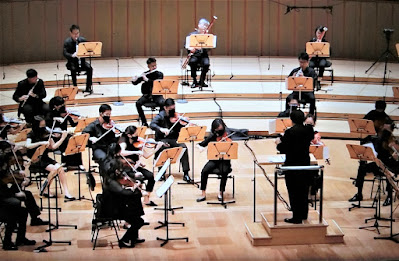 Mendelssohn’s Symphony No.4 in A major, also known as the Italian, received a brisk and lively reading. Brimming with agreeable sunshine, the music was allowed to smile in its fast outer movements. The second movement’s Andante con moto was not dragged out, instead taken in a fair lick underpinned by a quiet and gently chugging rhythm that did not outstay its welcome. Similarly the third movement flowed unimpeded, with the all-important French horn duo acquitting themselves very well. 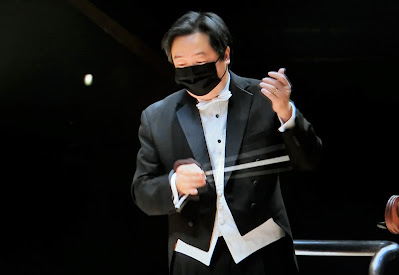 The finale’s Saltarello upped the ante several notches, and despite its rapid quickfire pace, the ensemble held its shape and form without sacrificing accuracy in the process. Kudos go to the woodwinds and hardworking strings, and the build up to the final climax was thrilling. One might expect that in a Tchaikovsky symphony, but for Mendelssohn, this was no mean feat. Passion is what matters, and there was plenty to go around. It was a fitting close to an hour of good music well spent in the company of OMM. 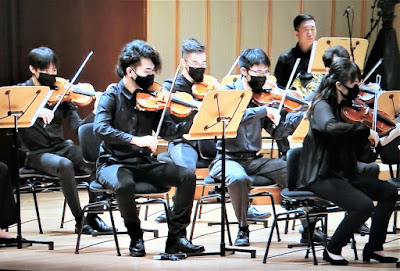 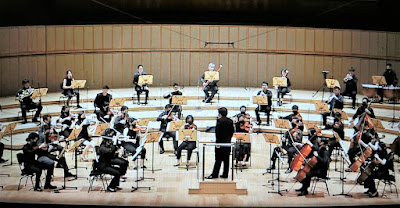