A GIFT TO THE UNIVERSE

This was the third concert by the Singapore Symphony Orchestra celebrating the legacy of J.S.Bach, utilising chamber forces that have become a norm as Singapore gradually emerges from the Covid circuit breaker period. Conducted by Darrell Ang, the hour-long concert attended by a socially-distanced and masked audience, featured three familiar works.

Bach’s diverse set of six Brandenburg Concertos was the closest he came to the baroque concerto grosso form, featuring soloists (concertino group) playing separately from the general ensemble (ripieno group). As such, selected players from within the orchestra were highlighted and given their chance to shine in their solo parts.

Issues of balance resulted however cropped up in the popular Second Brandenburg Concerto, when violinist Kong Xianlong was stood front of stage while flautist Evgueni Brokmiller, oboist Pan Yun and trumpeter Lau Wen Rong (substituting for Principal Jon Paul Dante) sat playing in the rear. Given the prominence and volume of brass, this seemed a logical move, but the overall balance of sonorities did not fully gel. 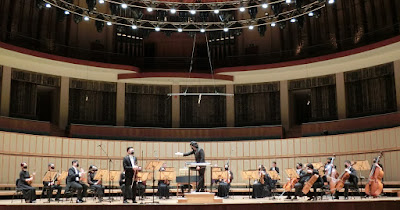 The violin barely stood out, the woodwinds often receded into the background while the trumpet - most prominent of them all – stole the show. Playing at the highest possible register, this extremely demanding part was also fraught with difficulties. Although Lau has a pleasant and striking clarion tone, the articulation was not always immaculate. 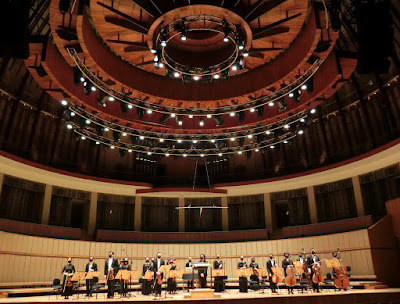 As the ensemble settled into the concert, the Fourth Brandenburg Concerto fared much better. Both flautists Brokmiller and Miao Shanshan played from the back and were as one throughout the three movements. Violinist Zhao Tian played at the front and fully relished his part, with virtuosic flourishes that would not look out of place in a Vivaldi concerto. This was arguably the best ensemble performance of the evening, and closed the concert on a high. 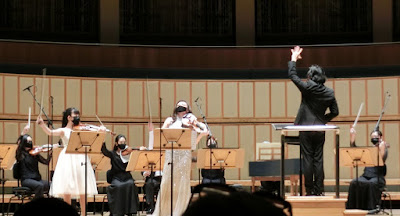 Wedged in between the Brandenburgs was the evergreen Concerto in D minor for two violins (BWV.1043), with Ye Lin and guest soloist Chloe Chua doing the honours. Fences were rushed in the opening few bars, resulting in some untidiness but eventually cooler minds prevailed. Once again, one cannot overstate the miracle that is Chloe, joint winner of the 2018 Yehudi Menuhin International Violin Competition (Junior category), who partnered relative veteran Ye (close to three times her age) to near perfection. The slow movement sung with an aria-like seamlessness and the busy counterpoint of the outer movements were dispatched with spirit and verve. 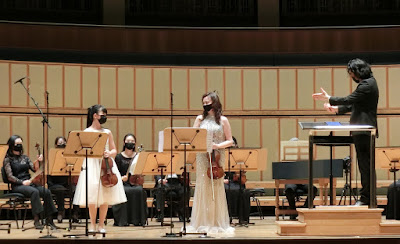 The Singapore Symphony Orchestra has never sold itself as a baroque specialist, but it is encouraged to continue exploring this repertoire, not just the familiar favourites but to forge out further afield.