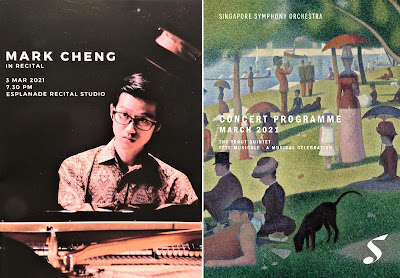 More pianists are venturing off the beaten path to perform works outside the core repertoire. Bored of Bach, Beethoven and Brahms, why not build a programme around sonatas by Czech composers Jan Dussek and Leos Janacek, or the Russian Nikolai Myaskovsky? That was the mandate of Mark Cheng, piano teacher and Singapore Dance Theatre’s Company Pianist, whose recital dwelled on the theme of mortality. 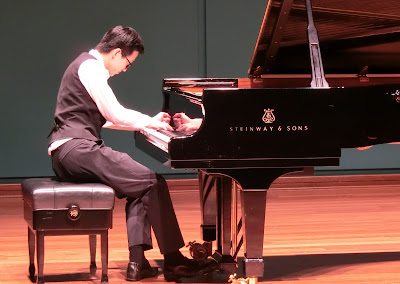 Within 90 minutes of simmering melancholy, brooding catharsis and violent death throes, Cheng emoted with a wealth of shades and emotions, even if these ranged from dark grey to jet black. The Sonata No.24 in F sharp minor or Elegie Harmonique by Dussek, a contemporary of Mozart, sounded so modern and decadent that it could have come from late Romantics. 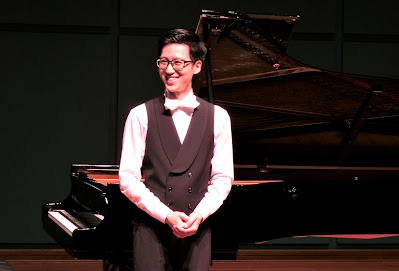 Some familiarity came in Enrique Granados’ Love And Death from Goyescas, inspired by Francisco Goya’s paintings, and Janacek’s Sonata I.X.1905, a powerful work that memorialised a worker’s murder at a demonstration. Cheng’s recital became acutely relevant given two million lives lost to Covid and more needless deaths in Myanmar’s civil unrest. His majesterial encore, the Funeral March from Chopin’s Second Sonata, said it all. 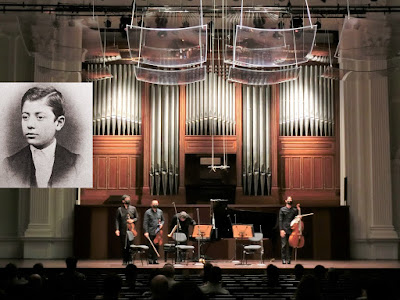 It relived idioms of older composers Schumann and Brahms, with the morose subject from Litton’s solo setting the tone. Beneath its veneer of serenity laid a hotbed of neuroses gradually came to bear. After the piano’s outburst of octaves, tension and rage inexorably surfaced before Chan Yoong Han’s violin settled the nerves for a disquieting end. Little wonder this was used in the psycho-thriller Shutter Island starring Leonardo DiCaprio.

Dark clouds gave way for the sunshine of Schubert’s Piano Quintet in A major, popularly known as the Trout Quintet. The quartet of Litton, Chan, violist Guan Qi and cellist Ng Pei-Sian were joined by bassist Yang Zhengyi for this perennial favourite. Its five movements radiated a congenial warmth, led by Litton’s ever-busy part. While supporting the strings’ lyrical lines, it also had a fair share of outward virtuosity.

Particularly enjoyable was the fourth movement’s Theme and Variations, based on Schubert’s song Die Forelle (The Trout), hence the work’s nickname. Despite being familiar, the music never outlived its charm, boosted by five players who relished the sense of occasion, bringing the concert to a gemutlich (the Viennese adjective for being carefree) and delightful close. 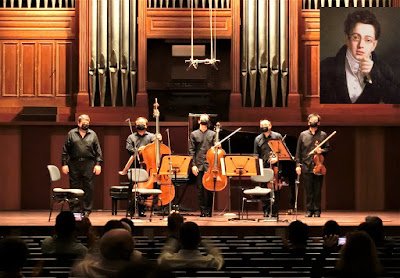