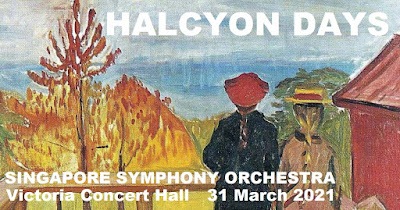 This review was published on Bachtrack on 5 April 2021 with the title "An enjoyable evening of Mozart and Grieg in Singapore".

Concert life has picked up significantly in Singapore, and it is now possible to attend consecutive evenings of concerts as the circuit breaker is being lifted. The Singapore Symphony Orchestra played an important part in this rehabilitation, bringing relief and joy to music-lovers starved of live music over the past year. This short hour-long programme of works for chamber-sized orchestra provided just the right panacea.

Early Mozart is always refreshing even if the output does not match the greatness of his later masterpieces. His Overture to the opera Lucio Silla, the work of a mere sixteen-year-old, was also unusual in its three-movement form. Its fast-slow-fast schema was common to sinfonias of the time, pioneered by the Italians, before morphing to become the more familiar four-movement symphonies of Haydn and Mozart.

A pair of trumpets and timpani lent the music a martial feel in the opening movement, befitting its subject the Roman general and dictator Sulla, as well as an air of festivity for the brief finale. In between was a gentle Andante which brought out refined playing from the strings. Led by SSO Associate Conductor Joshua Tan, who conducted the entire concert from memory, it made for an invigorating start. 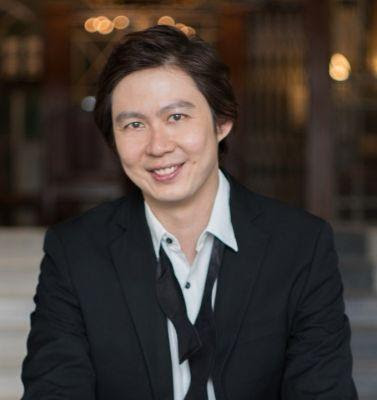 Equally lively was Grieg’s Holberg Suite for string ensemble. Originally a piano suite titled Aus Holbergs Zeit (From Holberg’s Times), its five movements conformed to a baroque suite (a prelude followed by a series of dances) that typified the times of Ludvig Holberg (1684-1754), Norway’s great writer and all-round polymath during Europe’s Age of Enlightenment. The string version, beloved of chamber groups, is now far more often performed than the piano version.

The opening Praeludium was taken at a blistering pace, unerringly handled and highlighting a body of rich sonorous strings which became better defined in the slower Sarabande and perky Gavotte that followed. The heart of the work was the Air, its seamless cantabile beautifully brought out especially by the cellos towards its end. In the final Rigaudon, a simulation of country fiddling from concertmaster Kong Zhao Hui accompanied by pizzicato strings proved sheer delight as the suite drew to a rollicking close. 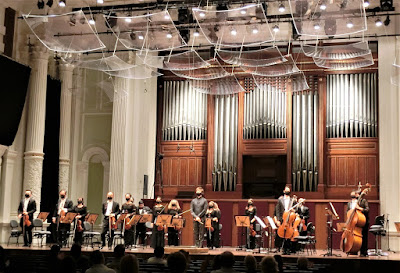 It is hard to believe that Mozart’s Symphony No.29 in A major, the best-known of his earlier symphonies, came from the quill of a teenager. He was just eighteen, yet the first movement’s unassuming calm belying undercurrents of tension already revealed a masterly hand. The performance was well-disciplined, with clear lines and no hair out of place. The Andante slow movement was given the space to breathe, allowing the first violins to shine. The third movement’s nimble Menuetto and Trio were well-contrasted, and it was the finale’s brilliant romp that sealed the deal. Swift as it was, there was no sense that the movement was being rushed. The pair of French horns, as if caught up in a hunt, added an extra edge of excitement. The runs of ascending scales for violins, always a tricky prospect, provided the final polish to a highly satisfying reading.