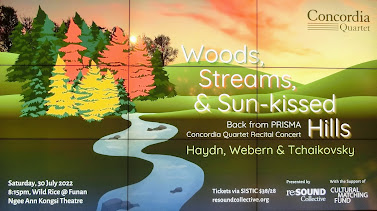 It may be said that Concordia Quartet, only Singapore’s second full-time professional string quartet, has had a rough time. Formed by hand-picked members from its mother ensemble, re:Sound Collective, it gave its inaugural concert at Funan Centre’s Ngee Ann Kongsi Theatre in February 2020. The Covid pandemic arrived in Singapore one month later, thus totally disrupting its concert schedule and nascent ambitions. The quartet however persevered by producing a digital concert – a first of its kind - with all four socially distanced members playing from own living rooms, viewed via the Internet. Even before the group could establish itself, two of its original members had retired from quartet playing.

It however got a break, being selected as a quartet-in-residence at the PRISMA (Pacific Region International Summer Music Association) Festival at Powell River, British Columbia in July. Upon their return, violinists Edward Tan and Kim Kyu Ri, violist Martin Peh and cellist Lin Juan were greeted by a small but enthusiastic audience in this concert, performing works the foursome had studied and played in Canada. 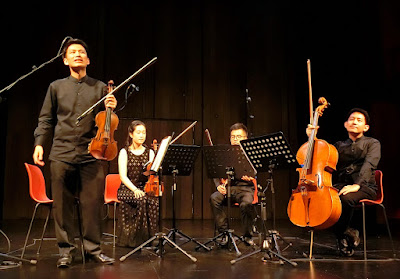 Haydn’s String Quartet in C major (Op.33 No.3) opened the evening, with first violinist Edward Tan mimicking the repetitious bird call in the opening movement which gave the quartet its nickname “The Bird”. Such published nicknames, which helped listeners differentiate between Haydn’s 68 quartets, do not add much to the understanding of the music. It was thus down to the ensemble’s narrative ability to guide the listener, and here Concordia succeeded by being clear-headed and tautly exacting in its delivery. 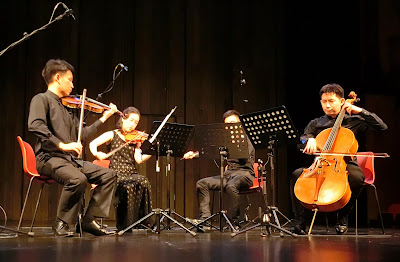 Cohesiveness was most apparent in the faster sections of the first movement, and communications between both violinists in the minuet-like subject of the second movement was spot on. Kyu Ri’s regular and frequent glances at Edward provided a key, which continued through the rest of the quartet and the concert itself. The slow movement provided contrasts by shifting between major and minor keys, before the repeated C major triads of the finale brought the work on a playful and humorous close. 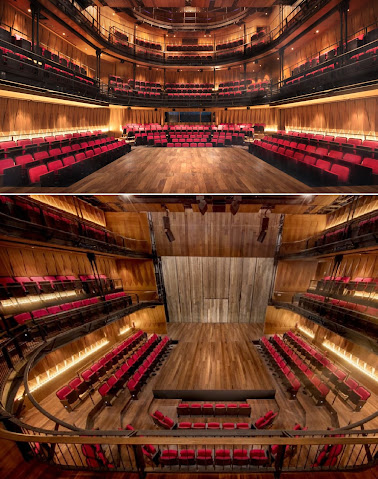 The Ngee Ann Kongsi Theatre is modelled along the lines of Shakepeare’s Globe Theatre (on the south bank of the Thames) with the stage surrounded on three sides by three tiers of seating. There appears no listener seated further than ten to fifteen metres from centrestage, which lends the venue an intimacy almost ideal for chamber performances. Dryish acoustics notwithstanding, the quartet coped very well, bringing its performances a resonance usually associated with more reverberant venues. 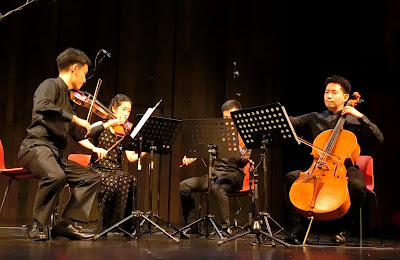 Tchaikovsky’s String Quartet No.1 in D major (Op.11), a relatively youthful work closed the concert on a high. Loosely founded on Russian folk elements, an opening drone established the mood of genteel rusticity, from which further themes were organically developed. This apparent simplicity was not lost to the quartet, which gradually built upon its foundation to reach loftier heights. The well-loved slow movement Andante Cantabile needs little introduction, and the quartet did well to avoid the mushy sentimentality frequently associated with popular tunes. 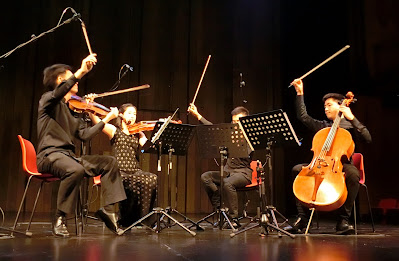 Warmth of tone was again key in the playing, which continued into the syncopated chords of a slightly tense Scherzo and the more light-hearted finale. When outright virtuosity was called for, the quartet delivered in spades. Where razor-sharp reflexes and split-second synchronisation determines whether a work stands or falls, good training and experience of ensemble becomes paramount, and Concordia Quartet did not fall short. With no concessions given to its youth, this quartet will go far and become like the well-established T’ang Quartet, a beloved permanent fixture of the Singapore musical scene. 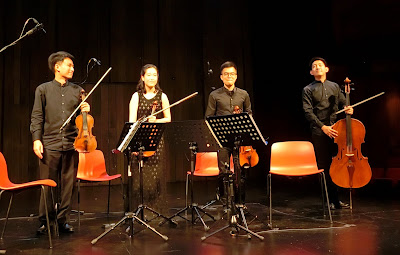