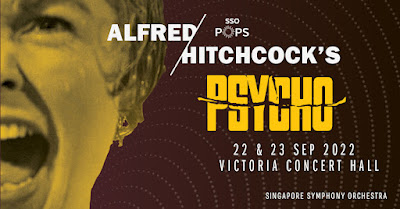 I have watched Alfred Hitchcock’s Psycho (1960) only once in my life until this evening. And I hated it. I cannot abide the idea that the murderer of four people (possibly more) could get away without extreme consequences. That Norman Bates would return in Psycho II and further sequels, again causing the deaths of others. was just unacceptable to me. However, what captured my attention most, watching the black and white movie on television as a teenager during the early 1980s, was its music. 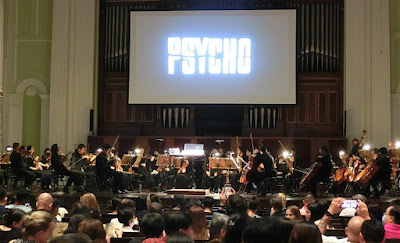 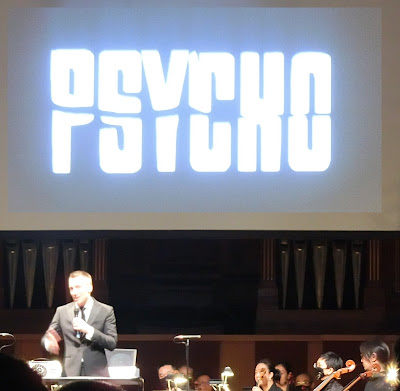 American composer Bernard Herrmann’s score was easily the best thing about the movie. And it was a pleasure encountering it again in this screening at Victoria Concert Hall accompanied by the strings of Singapore Symphony Orchestra led by Australian conductor Nicholas Buc. It was a sold-out event meant to entertain, such that the pre-concert announcement was read by a creepy low voice, something out of the Addams Family. After the warning of not showering or attending the concert with mother, the movie began. 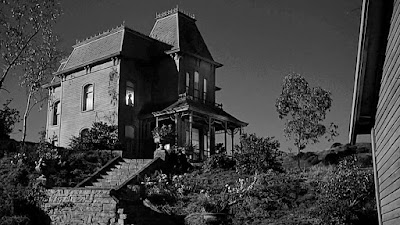 A short synopsis: Marion Crane (played by Janet Leigh) absconds with forty thousand dollars and stays overnight at the Bates Motel managed by Norman Bates (Anthony Perkins). She is offed, sparking an investigation that leads to more horrifying discoveries. It is more a crime movie, of the noir variety, rather than a typical slasher horror flick. There is blood but no gratuitous gore or nudity, with the bloodlust left to the imagination.

The imagination is fuelled most by Herrmann’s totally effective score. String sounds can conjure a seemingly infinite variety of moods and emotions, playing on a receptive mind like putty in one’s hands. The main title was stressful enough with its repetitive pulsating beat, jagged ostinatos and a single short melody that could have been written by Prokofiev or Shostakovich. These recurring motifs come back to haunt, not least in Marion’s anxiety-filled drive through the Arizona countryside, with conflicting thoughts pursuing her, and later amid a rainstorm. 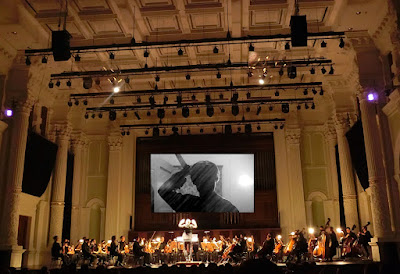 Interestingly, the string music shares the same dark mood of Shostakovich’s String Quartet No.8 (and its corresponding chamber symphony by Rudolf Barshai), both scores coincidentally composed in 1960. It is likely that neither composer knew of each other’s death-laden prized score at the time. Great minds think alike, one supposes. 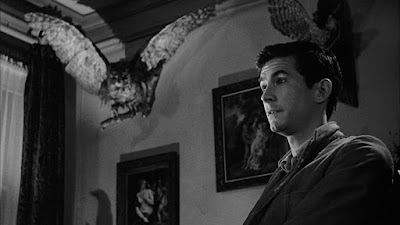 The ability of the music to get under one’s skin is Herrmann’s greatest gambit. His use of sul ponticello (bowing near the bridge) producing a wiry metallic timbre, con sordino (use of mutes) which dampen and muffle the sound, bass rhythms that approximates the human heartbeat which get faster as the anxiety level increases, all add to the tension. The premonitions that come with such music are the most terrifying part, and both Hitch and Herr really know how to manipulate emotions. I remember ladies in the audience being audibly distressed, while a senior executive of the orchestra (whom I shall not name) closed his eyes throughout some sequences.

What about that most infamous sound effect of all? Slashing stabbing shrieking strings were perfected by Herrmann for the murders of Marion and detective Arbogast, and have been imitated, parodied and memed ever since. Even when viewed today, that never loses its propensity to shock and horrify. This can be summed up in two words: creative genius. 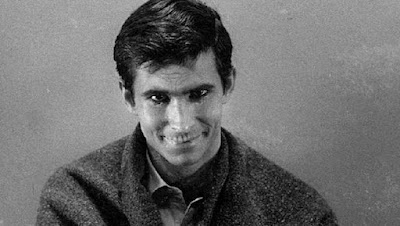 I am not a psychiatrist, but the behaviour of the movie’s two protagonists may be described as psychopathic (as the title of the movie implied) or sociopathic. Marion for her intention to commit criminal breach of trust and pathological lying (albeit unsuccessful, suspicions of the cop and car dealer being aroused pretty quickly) and Norman for his apparently mild manner (quickly escalating to rage when triggered), the cool methodical way he disposed of his victims’ remains, and a love of taxidermy. The deranged human mind is the scariest thing of all.

I still hate the movie Psycho. As much as I hate Norman Bates. But now, I love Bernard Herrmann’s music even more. 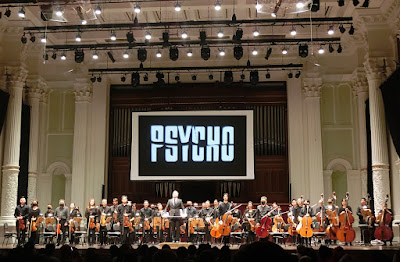 If you love the music from Alfred Hitchcock's movies, check out this wonderful recording on Toccata Classics:

Listen to it / buy it here:
Music for Alfred Hitchcock (toccataclassics.com)

I totally agree that Bernard Hermann's unique score is the most outstanding and enduring feature of 'Psycho'. But, unpleasant as the story may be, poor Hitchcock deserves a bit more credit for crafting such a suspenseful film that grips you until the very end (when all is revealed). By the way, you might want to correct a small typo - it's Janet Leigh (not Vivien).

Many thanks for the correction, amendment made!
Still a great movie even if it did creep me out. Loved the music even more!