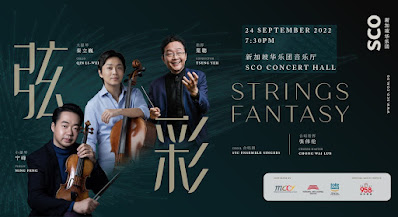 This review was published in The Straits Times on 28 September 2022 with the title "Night of scintillating strings".

The sound of strings is one of the most evocative sensations known to the human ear. Those who attended the Singapore Symphony Orchestra’s screenings of Alfred Hitchcock’s horror movie Psycho will know exactly what fear feels like by just listening. The Singapore Chinese Orchestra’s latest string concert led by Yeh Tsung did quite the opposite, with sounds that soothed, entertained and excited. 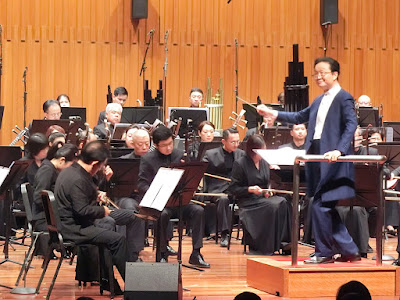 All that, of course, depends on the repertoire performed, and Liu Changyuan’s Memories, opening the concert, did all the these. Conceived in two parts, Warm Memories was a gentle dance with string pizzicatos accompanying melodic lines, while Passionate Memories upped the ante with perpetual motion from the gaohus. Then it went for broke with an abrupt shift to dissonance, harmonics and high pitches, as if to shock one’s innermost emotions. Somehow, violent and tumultuous memories seem to stick most in the mind. 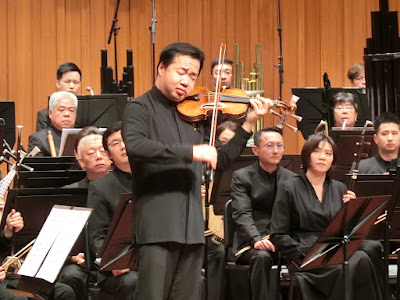 Chinese composer Zhao Jiping, well-known for his movie scores for Farewell, My Concubine and Raise The Red Lantern, was represented by two string concertos. His Violin Concerto No.1 received its premiere in 2017 in Beijing by Chinese violinist Ning Feng, who brought warmth and lyricism to the proceedings. More like a single-movement symphonic poem with violin so, his job involved engaging the orchestra in intimate conversation at its outset, before letting it rip with virtuosic exercises and a recurring big melody. 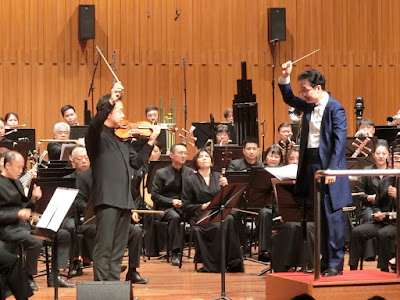 Resembling the best of film music, the rhapsodic score had moments of tear-jerking melodrama, the obligatory fugal passages and a riproaring cadenza. That big tune first introduced by the guan and accompanied by harp did what was intended, to bring down the house at its apotheosis. Ning’s encore of Massenet’s Meditation from Thais, accompanied by huqins and harp, was a heart-warmer as well. 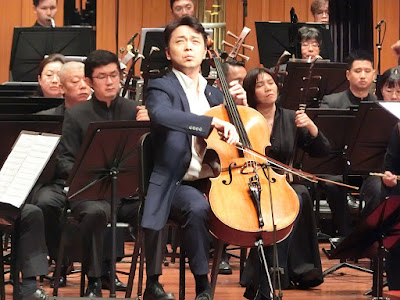 Zhao’s Zhuang Zhou’s Dream was the more subtle concertante work, its long-breathed lyrical lines well suited to Australian-Chinese cellist Qin Li-Wei’s glorious tone production. World weariness was worn heart-on-sleeve, the elegiac mood enhanced by the use of temple bell, singing bowl and drumming. The music did go into full battle mode before retiring to a serene close which embraced tenets of Taoist philosophy. Qin also had an encore of his own: Saint-Saens’ The Swan from Carnival of the Animals accompanied by harpist Nigel Foo. 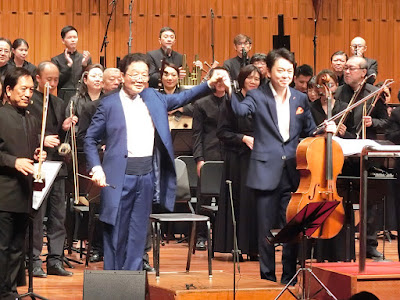 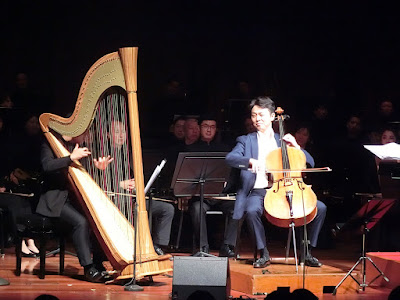 One would have totally loved to see both Ning and Qin in some sort of double concerto but instead, the audience was treated to Law Wai Lun’s cantata The Celestial Web in its version for chorus and orchestra. Using verses by Tan Swie Hian, this was a paean to universal brotherhood (including sentient and non-sentient beings), a nod to Schiller and Beethoven’s Ode To Joy. 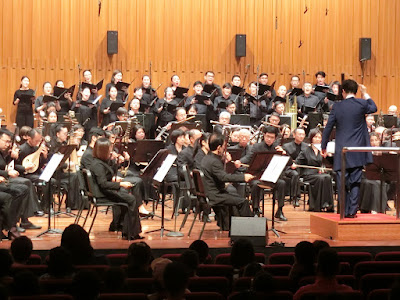 Even its opening in D minor had an obvious debt to the German, but beyond that the music was unremittingly  colourful and joyous, abetted in large part by the well-drilled SYC Ensemble Singers (Chorusmaster: Chong Wai Lun) which sang in Mandarin. It made for a satisfying end to an evening otherwise dominated by strings. 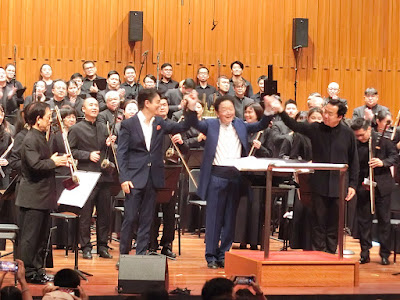