This review was published in The Straits Times on 7 September 2022 with the title "Display of technical brilliance from British pianist".

One will have lost count the number of times Sir Stephen Hough has performed in Singapore. Earlier in April, the British pianist, who was recently knighted in Queen Elizabeth’s Birthday Honours List for services to music, played with the Singapore Symphony Orchestra. He has now returned for a solo recital and concerto performance with professional chamber group re:Sound Collective. 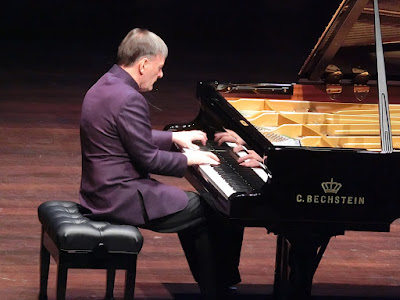 His recital on Wednesday evening was unusual for having featured two different grand pianos. The first half was performed on a Bechstein, which had a reverberant tone well suited for music of a romantic and dreamy kind. A programme entitled Nightscapes would certainly have to open with Chopin’s Nocturnes. These included the most familiar one, in E flat major (Op.9 No.2), and F sharp major (Op.15 No.2), with generous dollops of rubato and pedalling applied. There were stark contrasts continuing without break into Scriabin’s tumultuous Fifth Sonata, also known as the Poem of Ecstasy for reasons of a more carnal nature, and Debussy’s Estampes, three impressions of the Orient, Spain and a rainy day in Paris. 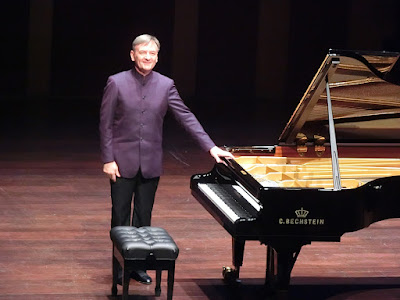 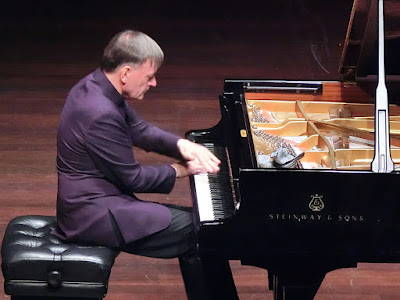 The Steinway was wheeled out for the evening’s highlight, Hough’s own Partita, a five-movement suite moulded upon antique musical forms including a ceremonial Overture, playful Capriccio and coruscating Toccata. Two movements were inspired by 20th century Catalan composer Federico Mompou’s Cancions y Danzas (Songs and Dances), slow-fast tandems which juxtapose melancholy with quiet elation. The recital closed with Liszt, his three lyrical Petrarch Sonnets heralding the Dante Sonata, a harrowing descent into Hell as depicted in Dante Aligheri’s Divine Comedy. All through the trials and tribulations, Hough’s fearless and close-to-transcendental pianism prevailed. 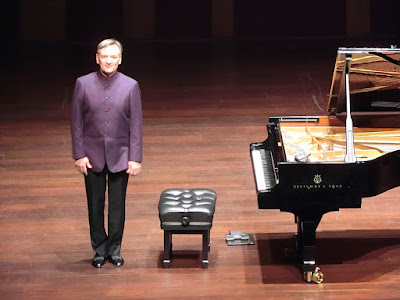 On Sunday evening, Hough scaled the heights of Brahms’ monumental Second Piano Concerto, a work in four movements playing close to 50 minutes. Conceived like a symphony, it has been criticised as a “concerto against the piano”, pitting solo instrument (Bechstein on this evening) in pitched battle with orchestral forces. One need not have feared, as once Hough got to grips with the opening quasi-cadenza, a sense of reassurance prevailed. Whatever brambles Brahms laid in his path were conquered and swept aside with majesterial authority.

The massive and tricky Scherzo that followed, ironically described by Brahms as a “tiny wisp”, was similarly dispatched and with that, most of the heavy lifting was done. Poetry ensued for the sublime slow movement. Principal James Ng’s cello sang unabated, and Hough matched him with equally sublime touches. Levity and lightness of the finale brought yet a different tact from both pianist and orchestra, thus conjuring up a scintillating close. 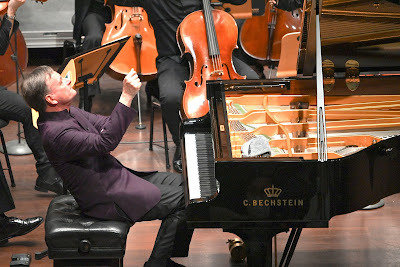 All through the concerto, the players of re:Sound supported Hough to the hilt, and the ensemble had an impressive showcase of its own in Bartok’s Divertimento for Strings. Led by violinist Igor Yuzefovich, former Concertmaster of the Singapore Symphony, the folk-like rusticism and rough-hewn earthy textures of its three movements could not have resounded with more freshness or immediacy.

(Young Girls in the Garden) from Scenes d'enfants