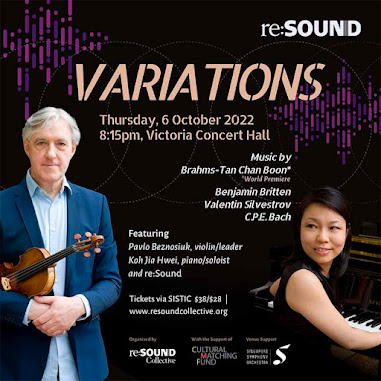 The chamber orchestra re:Sound has been known for innovative programming, but little did one expect this peach of a concert, built around the theme of variations. Included was one world premiere, two Singapore premieres and a rarely performed (in Singapore) string masterpiece led by British violinist-conductor Pavlo Beznosiuk. 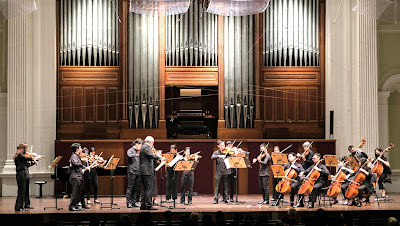 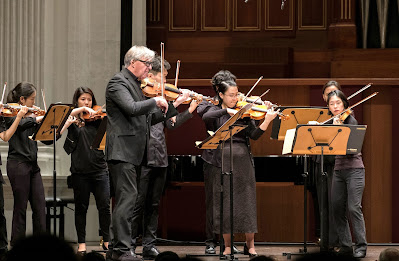 The world premiere was Singapore composer Tan Chan Boon’s arrangement of the second movement from Brahms’ String Sextet No.1 (Op.18). String lovers know this as a tightly-knit set of variations on a sombre theme, and so do pianists who play Brahms’ own piano transrciption. Tan’s treatment was more like Rudolf Barshai’s highly idiomatic work on selected Shostakovich String Quartets (called Chamber Symphonies) rather than Schoenberg’s over-the-top conflation of Brahms’ First Piano Quartet. The music and architecture of the work was retained but the sound palette expanded, the six parts of the original sometimes stretched out to nine. A lovely rich sonority was achieved, and Tan was also afforded the liberty of a coda of his own after the final variation. 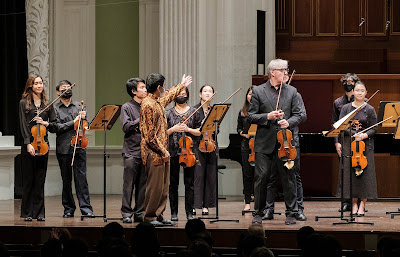 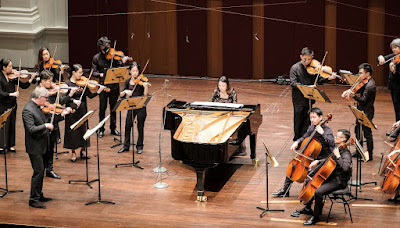 Also in the same key was C.P.E.Bach’s Piano Concerto in D minor (Wq.23), receiving its local premiere with pianist Koh Jia Hwei, now better known as an organist, as soloist. Composed in 1748, the original probably involved a harpsichord or fortepiano, which explained why Koh began the work as part of the ensemble (or continuo) before coming into her own as a soloist. The sturm und drang of the opening movement was exciting in itself, the result of the baroque transitioning into classical sensibilities. 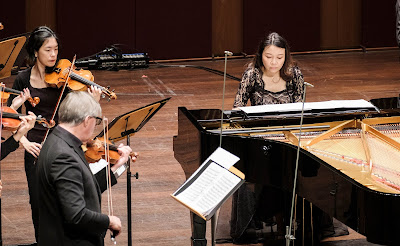 The confident if not blindingly brilliant Koh made true music of the sedate slow movement before going for broke for the finale, another stormed tossed affair, which had a short cadenza to close. The strings led by Beznosiuk kept up the cut and thrust all through its twenty or so minutes. It is a wonder why this is nowhere as well-known as Papa Bach’s or Papa Haydn’s keyboard concertos. One is better off having made its acquaintance. 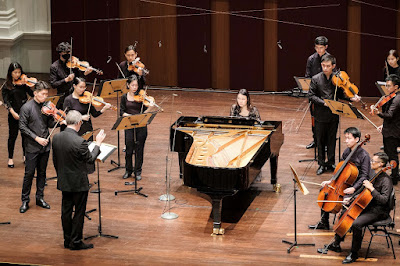 The second half began with Ukrainian composer Valentin Silvestrov’s minimalist Epitaph for piano and strings (1999), written in memory of his wife who died three years before. An unusually hypnotic work, it comprised a procession of piano octaves and chords (with Koh Jia Hwei again) answered by muted strings, and one is kept guessing what the next chord would be through its 9 minutes. By some quirk of listening, one is regularly reminded of the funeral march from Beethoven’s Eroica Symphony. This very timely and haunting performance might very well also be in memory of innocent victims lost in the Russian invasion of Ukraine. 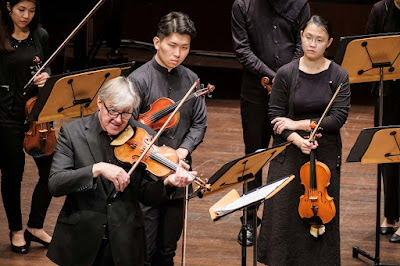 The concert closed with one of the great 20th century works for strings, Benjamin Britten’s splendid Variations on a Theme by Frank Bridge. First Pavlo Beznosiuk demonstrated on the violin Bridge’s somewhat retiring theme (the second of Three Idylls for strings), explaining these were not strict variations in the traditional sense, but rather freely crafted short movements based on certain motifs derived from the said theme. The fantastical variations that followed were such that the original theme would be so well hidden as to be unrecognisable. 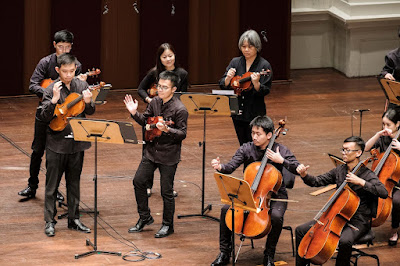 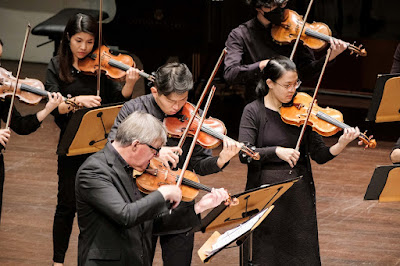 An extremely tricky work, the ensemble did very well to cope with the myriad changes of dynamics and textures all through movements which included amongst other things a March, Aria Italiana, Bourree Classique, Wiener Walzer, Funeral March and an outrageously skittish Fugue to close. The camp wit and sometimes frivolous asides know little bounds, especially in the Aria, with strings strummed like guitar while accompanying melodramatic violins. This masterpiece was written in 1937 for the virtuoso Boyd Neel String Orchestra performing at the Salzburg Festival. After witnessing this fine and truly infectious performance, one fancies re:Sound to be Singapore’s Boyd Neel as well. As an encore, the still-energised ensemble reprised the off-kilter and half-drunk Wiener Walzer, sounding even more delicious this time around. 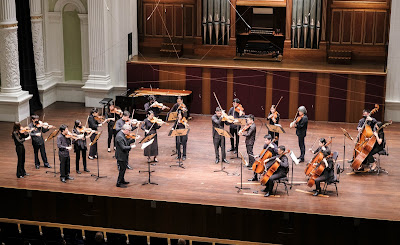 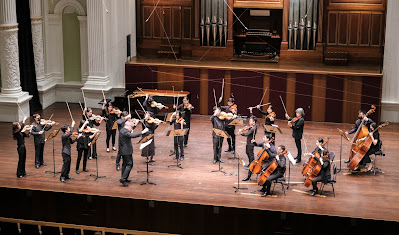 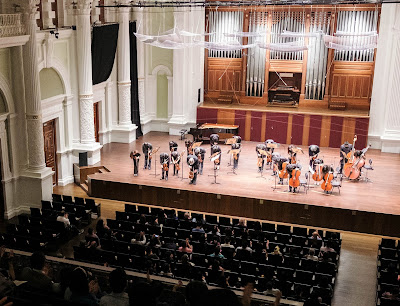