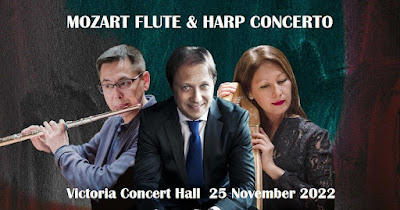 This review was published in Bachtrack on 28 November 2022 with the title "Singapore Symphony principals and Ludovic Morlot delight in Mozart".

Presented as part of the Voilah! France Singapore Festival, the Singapore Symphony Orchestra led by French conductor Ludovic Morlot, current Music Director of the Barcelona Symphony and Conductor Emeritus of the Seattle Symphony, had to include something French in this concert. Thus Darius Milhaud’s single-act ballet Le Boeuf sur le Toit (The Ox on the Roof) opened the evening. 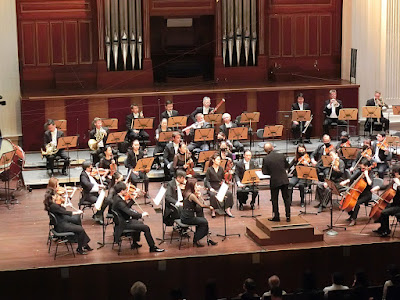 Its Dadaist title was typical of 1920s Parisian chic, where meaningless or seemingly ridiculous titles belied art of a more serious kind. The music reflected a cosmopolitanism that was all a rage, a Provencale composer dabbling in exuberant Brazilian rhythms. Infectiously danceable and outrageously hip, it was jarring polytonality that caught the ear. Woodwinds played in different keys from the strings for stretches, yet these meshed together well. As repetitious as some parts were, there was always mischief afoot and the players were alive to it all. Was this jazz, vaudeville or dance hall music? Perhaps a bit of all those, but these days we simply use the term “crossover”. 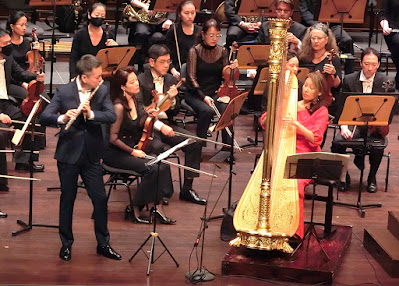 The riot then gave way to the courtly formalities of Mozart’s Concerto for Flute and Harp in C major (K.299), featuring two of Singapore Symphony’s long-serving principals, flautist Jin Ta and harpist Gulnara Mashurova. Truth be told, this was more a vehicle for the flautist, who carried most of the melodies and added flourishes of his own, while the harpist provided delicate accompaniment. As a duo, they worked perfectly fine, aided by a pared down orchestra of strings, two oboes and two horns, which played as discreetly as possible. 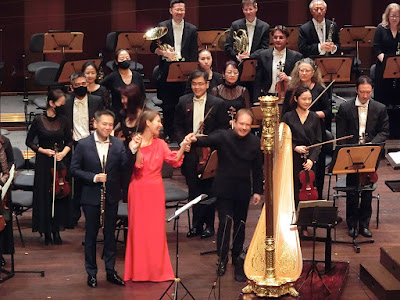 Virtuoso cadenzas provided by Carl Reinecke at the end of each movement gave scope for display, while the harp was afforded the luxury of opening the Rondeau finale with a show of individual prowess. Musical poetry was the order of the day, not least in the aria-like central Andantino and later in the duo’s encore, an original work by Jin Ta, Phoenix Song, filled with piquant impressionist harmonies and colours. 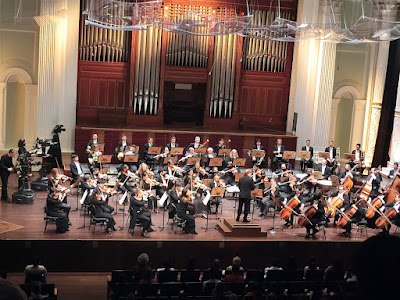 Robert Schumann’s First Symphony in B flat major, or the “Spring” Symphony formed the concert’s second half. Poor Schumann has been accused of being a weak orchestrator, and his symphonic reputation suffered for being neither Beethoven nor Brahms. However, conductor Morlot’s tautly-knit vision of the work, played without extraneous additions by other composers who sought to “improve” it, will change minds.

The opening trumpet fanfare signalled intent in its introduction, before launching into the Allegro molto vivace which possessed an inner tension and urgency. Further excitement was provided by a single triangle (appearing only in the opening movement) whose celebratory tintinnabulation might have given Liszt ideas for his First Piano Concerto. What about the Beethovenian slow movement, the second subject of which later became the main theme of Brahms’ Third Symphony? Despite everything, Schumann was definitely influential and was not just writing orchestrated piano music. 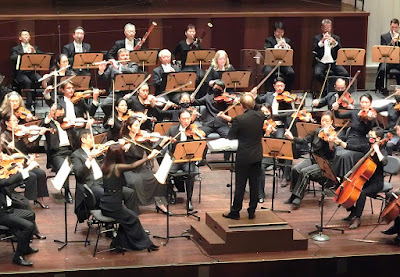 The Scherzo third movement in G minor was delivered with true sturm und drang, its rapid shifts in pace and tempi skilfully negotiated. Despite the finale’s grand opening flourish, this music was more about lightness and humour. Pianophiles will recognise one of its themes to be the eighth and  final fantasy from Schumann’s Kreisleriana, with its E.T.A.Hoffmann associations. It was with this levity that the symphony closed, and judging by the applause, clearly appreciated by the audience. 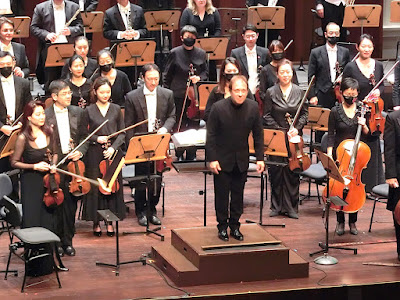