79 young pianists from all around the world have been accepted for the 2009 Leeds International Piano Competition. This year’s field looks to be a very strong one, one that includes a number who took part in the Finals of the recently concluded 13th Van Cliburn International Piano Competition. Joint First Prize Winner Haochen Zhang (China, left) is one of them! (What if he does not make the Semi-finals at the very least? – an unlikely but fantastical thought.) He would be wise not to turn up, given the hundreds of concert dates already provided by the Cliburn Foundation.

Here are the Cliburn 09 alumni taking part at Leeds 09: 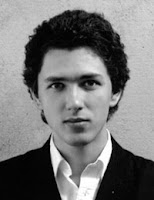 One semi-finalist from Leeds 2006 has returned – Jae-Won Cheung (Korea), who performed Beethoven Op.111 and Prokofiev Sonata No.6 in 2006.

The breakdown of nationalities again shows an Asian dominance:

China 17 – including Taiwan (3, the folks at Leeds do not wish to offend the Communist Chinese) and Hong Kong (1)
South Korea 9 (No North Koreans, so please get the national flag right this time!)
Russia 8
Japan 6
USA 9
Former Soviet republics 6

There are two Southeast Asian born pianists – Matthew Kam (Malaysia) and John JS Chen (Malaysia / New Zealand, pictured left). No Singaporean pianist has taken part in the Leeds since Seow Yitkin in the 1970s. What about it sometime, Abigail Sin?

The United Kingdom (and Ireland) has sent the grand total of 1 pianist – Sam Armstrong.

The founder and Artistic Director of the Leeds, Dame Fanny Waterman (left), is now 89 years old. Will she be grooming a successor or injecting some new blood into running the Competition?
The complete list of competitors may be found here: http://www.leedspiano.com/Home/The_2009_Competition/Accepted_Competitors.aspx
Posted by Chang Tou Liang at 11:52

Update: Cliburn finalists Zhang Haochen, Di Wu and Evgeny Bozhanov have all pulled out from the Leeds. Wise move, guys! With so many forthcoming engagements in the States, how could they cope with more Continental dates if they had won in Leeds? What if they DID NOT make the finals, what does that say about the Cliburn?