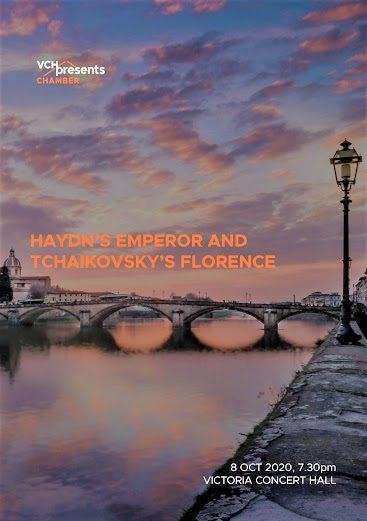 This review was published in Bachtrack on 22 March 2021 with the title “Sunny chamber concert cheers hearts in Singapore”.

The Covid-19 pandemic has caused an unprecedented upheaval in the world of performing arts, the damage of which will not be fully realised until normality returns. Even this normality will not be the same as before. Socially distanced and masked performers playing for limited audiences, drastically reduced ticket sales and the avoidance of large-scaled works will be the norm possibly for years to come.

Most acutely felt in Singapore was the suspension of concerts by the national orchestra, the Singapore Symphony Orchestra. Mid-March 2020 was its last concert for a live audience before the pandemic struck the island-state, then came the eerie silence. Although there was a much-welcome series of pre-recorded online concerts, the feeling was however not the same. It was not until this concert, on 8 October 2020, that the doors of Victoria Concert Hall finally opened. Ten string players from the SSO presented two popular works from the chamber repertoire. 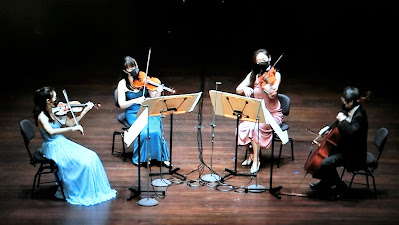 Haydn’s String Quartet in C major (Op.76 No.3) is likely the most popular of his sixty-eight string quartets, largely because of its slow second movement. It is a set of variations on Haydn’s own Emperor Hymn (Gott erhalte Franz den Kaiser), later adopted as Austria and Germany’s national anthem. The arch simplicity of its melody and the subsequent variations were well-realised by the quartet formed by rank-and-file musicians. Incisiveness and clarity marked the opening movement, with hurdy-gurdy-like drones from viola and cello, coming midway, highlighting Haydn’s penchant for rusticity. Humour filled the third movement’s Minuet and Trio and the mood turned serious for the finale. However, the storms and stresses were soon dispelled as daylight shone at its conclusion, happily in the home key of C major.

Equally enjoyable was Tchaikovsky’s String Sextet in D minor, popularly known as Souvenir de Florence. Despite its minor key, this was one of the Russian’s sunniest scores, reflecting the Mediterranean warmth of its inspiration. The six players dived headlong into the music, with caution thrown to the wind. Mostly they functioned like a miniature string orchestra (the work also exists in a version for string orchestra, much like Tchaikovsky’s popular Serenade for Strings), one generating a rich plethora of sonority. 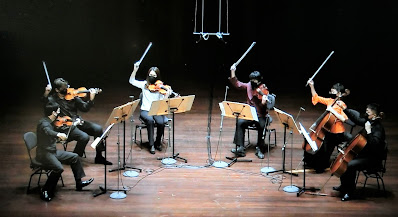 The slow movement with Chen Dawei’s soaring violin solo and Yu Jing’s cello counter-melody accompanied by pizzicatos, with the two switching roles afterwards, became an emotional highpoint of the performance. Livelier tempi of the last two movements also revealed Tchaikovsky’s skill in marrying Slavic folk idioms with Italianate dance rhythms, amply illustrated in the particularly infectiously exciting finale. Considerations of authenticity become irrelevant, when the music-making is vivacious and life-affirming such as this, coming at a time of depression.

One cannot overestimate the impact of this concert, tickets for which sold out within a couple of hours in online sales. It was a promising sign that despite the disruption caused by the pandemic, good music lives on, its appreciation and the enjoyment it provides cannot be quenched. 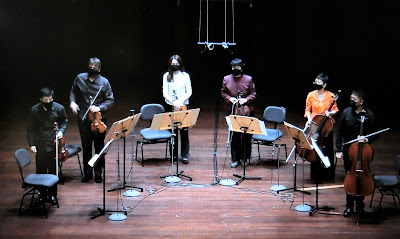