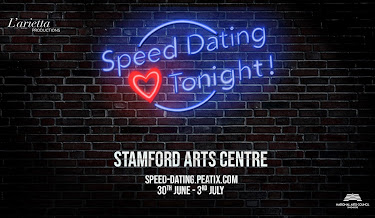 This review was published in The Straits Times on 6 July 2022 with the title "Speed dating opera relevant and topical".

American composer and librettist Michael Ching’s 2013 opera Speed Dating Tonight! might just be the most relevant and topical opera of our times. Its Asian premiere last weekend, a production undertaken by local opera company L’arietta, was a minor miracle in itself.

Originally slated for May 2020, its initial run had been postponed by the pandemic. During the lean months for singers socially-distanced by law, All Dressed Up (No Place To Go) – a 9-part prequel to the opera – made its debut as an online entity, also produced by L’arietta. The first night of the actual opera had to be cancelled after three cast members were diagnosed with Covid-19. They were replaced by three singers and one dancer, who learnt their parts within 24 hours. 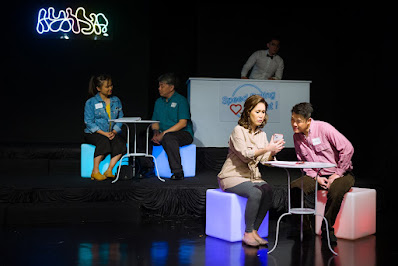 Improvisation was the name of the game, as is the role-playing seen in speed dating. A mostly 21st century phenomenon, speed dating brings many people together within a short space of time in a hope that mutually beneficial interactions take place. The opera, directed by Eleanor Tan, is set in a bar with tables for two, where hopefuls meet to share their likes, loves and lives.

Flexibility was given to cast size, and ten artists accompanied by pianist Aloysius Foong seemed the right number to make the narrative flow for its interrupted 75 minutes. Other than the Dating Coordinator Kaylee (sung by Christina The), Bartender Quinn (Samuel Ng), waitress Stephanie (Ng Jingyun and Chloe Chua) and Busboy Marc (Ted Ngoo), the number of daters and their profiles were variable.

Awkwardness and anxieties were revealed by daters Pat (Reuben Lai) and Julie (Natasha Michella Da Costa) in their short arias, while Deborah (Akiko Otao), Archie (Leslie Tay) and Dan (Preston Lim) all displayed quirks and foibles. There were several stereotypes, including cat-fancying, cellphone addiction, bassoon-playing, or being a liaison of the governmental Covid taskforce. Personnel and scenarios are interchangeable, but with varying results. Some meetings lead to possible promise but with real doubts, a few strike gold while others just fall flat.

Genuine chemistry was displayed in the duet by Lai and Otao, both co-founders of L’arietta, and the audience could be excused for having a warm and fuzzy feeling for their characters together. But as life and fate would have it, Deborah and Julie later waltz off into the sunset, leaving Pat perplexed and back in square one. This is an opera unafraid to tackle LGBTQ issues face-on, delivering it with forthrightness and humour.

The music employed was gratifyingly tonal, a comfortable cross between artsong, operetta and American musical theatre. There were no pretentions to grand opera, although two duets took liberties of setting modern English words to melodies from Bizet’s Carmen and Mozart’s The Magic Flute. The latter, Papageno and Papagena’s duet, was rather apt given “birds of the same feather” got to find each other in the end.

Judging by the warm reception by the sold-out audience, one foresees this opera as having a long shelf-life, with new characters and fresh material updated for uncertain times ahead. 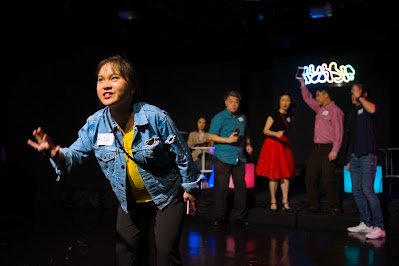 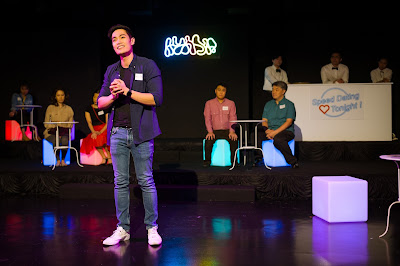 All photos by Jamie Chan, courtesy of L'arietta Productions.
Posted by Chang Tou Liang at 08:00