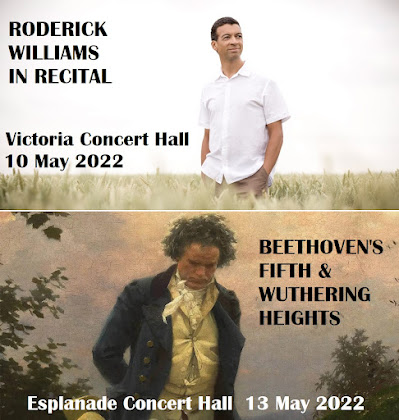 Longtime followers of the Singapore Symphony Orchestra may remember its Music and Literature series from the early-1990s, which presented works inspired by literary sources including Shakespeare, Byron, Cervantes and Tang dynasty poets. The past week saw two concerts sharing similar aspirations, a vocal recital and an operatic setting of a well-known novel, both featuring eminent British baritone Roderick Williams.

The words of German poet Wilhelm Muller and English writer Alfred Edward Housman have found  immortality in a number of musical settings. Selections from Schubert’s song cycle Die Schone Mullerin (Fair Maid Of The Mill) opened and closed Williams’ splendid two-hour long recital. From its opening song Das Wandern (Wandering), the richness and expressive quality of his delivery shone through. This natural ability to make words come alive and tell a story continued in six of Housman’s poems from A Shropshire Lad, best remembered in George Butterworth’s cycle of the same title. 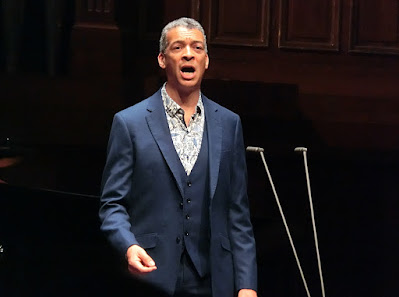 The sixth song Is My Team Ploughing left perhaps the most indelible mark, one about a dead soldier whose sweetheart is consoled in the arms of his best friend. The recital also showcased songs by Schumann, Rebecca Clarke, Vaughan Williams and C.W.Orr, sensitively partnered by German pianist Paul Cibis, who added short solos by Chopin and Schumann which preluded groups of songs. In these, themes of youth, love unrequited, despair, depression and premature death were explored in the most eloquent ways possible. 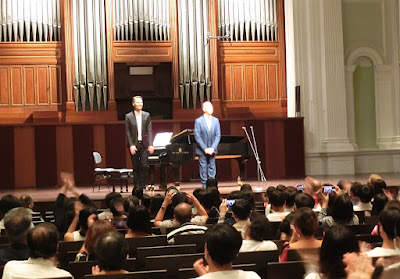 Three evenings later, Williams sang the role of Heathcliff in a specially adapted Suite On Wuthering Heights, based on Emily Bronte’s novel and the only opera by the American Bernard Herrmann. Herrmann is best known as film composer for Alfred Hitchcock’s movies Psycho and North By Northwest, and Martin Scorsese’s Taxi Driver. This hour-long Suite, devised by SSO’s Director of Orchestral Planning Hans Sorensen, received its world premiere led by Swiss conductor Mario Venzago. 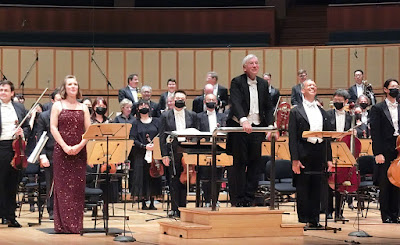 While big climaxes showcased the orchestra’s vast timbral range, there were also tender moments which approached the intimacy of chamber music, with Ng Pei-Sian’s cello and concertmaster Stanislav Pronin’s violin providing exquisite solo passages. One only wished for the inclusion of projected texts which would have made this operatic suite an even more absorbing experience.

The balance of the concert was provided by Beethoven’s Fifth Symphony, famous for its “Fate knocking on the door” motif. This began with an expansive and more soft-edged approach but eventually caught fire in the finale, which went for the jugular with all guns blazing. In both symphony and opera, passionate responses was what truly mattered. 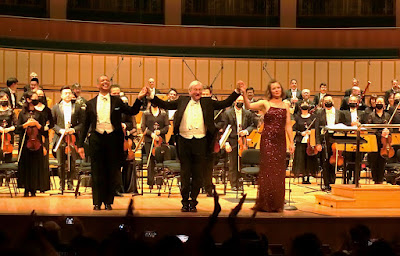